Don Jeff Tequila from the pvkid

Don Jeff is not made for “shooting” It is a fine “sipping” Tequila to be drank like Cognac.

On all my travels throughout Mexico I have tasted many different types of tequila, but Don Jeff is not like “other” tequilas. It is very smooth and it is made for sipping like a fine cognac. The photos above are at the distillery in Tequila Mexico where Don Jeff is made and my trip to the distillery to check out the facility.

Don Jeff is Añejo Tequila made from 100% Agave.  Añejo is aged in wooden barrels (usually old Bourbon barrels) for a minimum of 12 months. Añejo means “aged,” which pretty much sums up why this tequila is revered.
Aging the tequilas in wood does the same kind of thing that aging wines, bourbon, scotch, or even beer do to those drinks. It mellows the sharp edges of young products and introduces soft complex flavors, especially hints of vanilla or spices like nutmeg or ginger.  The reason Añejo is more expensive than regular tequila is during the aging process some of the tequila will be lost through evaporation, those in the business like to call that “contribución a los ángeles” (contribution to the angels)

The agave, also know as maguey (pronounced muh-GAY), is cultivated on plantations for eight to 10 years, depending on the type of agave. When the plant reaches sexual maturity it starts to grow a flower stalk. The agave farmer, or campesino, cuts off the stalk just as it is starting to grow. This redirects the plant growth into the central stalk, swelling it into a large bulbous shape that contains a sweet juicy pulp. When the swelling is completed, the campesino cuts the plant from its roots and removes the long sword-shaped leaves, using a razor-sharp pike-like tool called a coa. The remaining piña (“pineapple”—so-called because the cross-thatched denuded bulb resembles a giant green and white pineapple) weighs anywhere from 25 to 100 pounds.

And what about that little worm? Tequila never comes with a worm in the bottle, that’s Mezcal. The CRT (Tequila Regulatory Council) specifically prohibits placing a worm in the bottle. The worm is actually the larva of one of two moths that live on the agave plant. The reason for adding the worm to the bottle of Mezcal is obscure. But one story, is that the worm serves as proof of high proof, which is to say that if the worm remains intact in the bottle, the percentage of alcohol in the spirit is high enough to preserve the pickled worm. Consuming the worm can be done without harm. As a rule, top-quality mezcals do not include a worm in the bottle. Tequila is a Mezcal but Mezcal cannot be Tequila.

To be called Tequila it can only be produced in Mexico, in the Tequila Region, and must comply with strict Mexican government regulations from the Tequila Regulatory Council (CRT)

What is the difference between Tequila and Mezcal 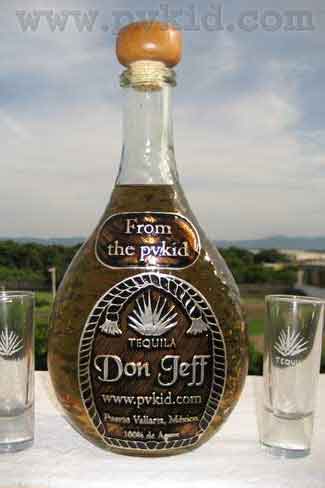